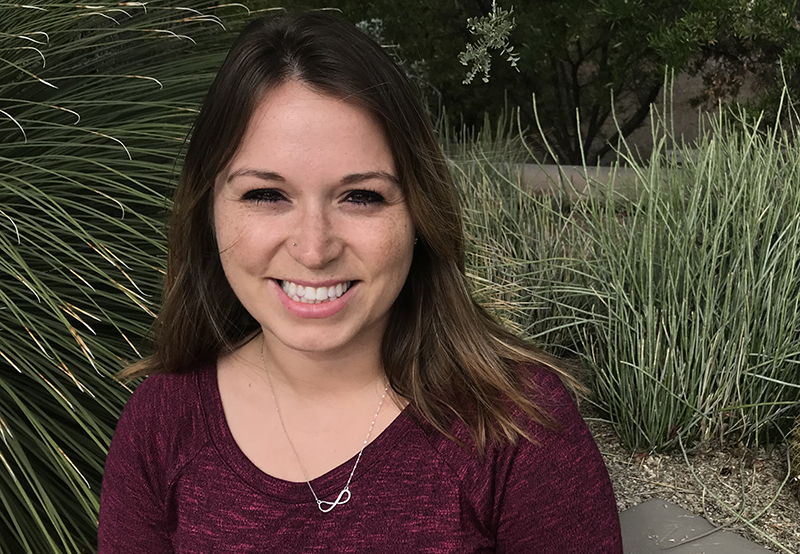 Tiffany’s younger years were filled with abuse, neglect, and fear. Her parents had a crippling addiction to meth and Tiffany had to be removed from her home, spending most of her childhood in and out of the child welfare system. Tiffany was thrilled when, at 13, she found out she would be reunited with her mom. But her mother hadn’t changed, and soon Tiffany realized she would never get the love she needed. Instead, Tiffany said, “My mother showed me how to smoke meth. She popped it right in my mouth and lit it, and I was hooked.”

Desperate for a Way Out

“By the time I was 14, I was an everyday addict. When my mother didn’t have her drugs, she was angry and abusive. She’d beat me, physically. We were squatting, dirty, and homeless.” Tiffany attempted to end her life with an overdose — but she survived, and her addiction became even worse.
That’s when she met the abusive man who became the father of her two children. They lived in abandoned buildings with no running water or electricity. Tiffany was in and out of jail. In fact, when she gave birth to her daughter, she was handcuffed to a hospital bed with a corrections officer counting between contractions.
She wanted to get her life straightened out. But almost as soon as she was released from jail, she was back to her old habits with her children in tow: Charlie, 2, and her baby girl, Brianna.

She knew she had to change…for the sake of her little ones.

She called her grandmother, who explained there were two places she could get the help she needed. The first was a rescue mission that had a year-long program to help people break free from addictions. The second was Olive Crest.
Tiffany contacted Olive Crest, and staff connected her with a volunteer Safe Family that would take care of her kids while she enrolled in the mission’s program. She says, “It was one of the hardest decisions of my life, strapping my two kids into some strange man’s car and watching them drive away. But looking back, it was all for them.”

“ I started to learn how to be a mother.”

Tiffany’s Olive Crest team developed a plan to reunite her with her children. When she met with the family hosting her kids, she could tell immediately that they were on her side.

“I reached a real turning point when my host dad, Bill, asked me a question no one else had ever asked before: ‘Can I pray for you?’”

Tiffany also watched how Leslie, her host mom, showed love and compassion to her children. “And I started to learn how to be a mother to my own kids. They took me to church with them.
Along the way, Leslie taught me how to budget and save money, and about the importance of being self-sufficient.”

Finding a Family, a New Life, and a Future Free From Abuse

Tiffany says, “In Olive Crest’s Safe Families program, I didn’t just find a safe house for my kids. I found a family. I found the beginning of a new life. I’m thankful every day that my kids are healthy and doing well — that Olive Crest helped break the cycle of abuse. I have sole custody. I live in a three-bedroom apartment. I work a full-time job and am slowly working on a degree in accounting.” She has been clean and sober for five years.
Tiffany hopes to someday use her own experience to help other young women caught up in addiction and abuse. “Without Olive Crest — and the people like you who sacrifice to support their work — my story would have turned out very differently.

Instead, I can say,

SUBSCRIBE for impact in your inbox
Join the conversation ON SOCIAL MEDIA
InstagramFacebookTwitterYoutubeLinkedin
Copyright © 2022 Olive Crest | FEIN: 95-2877102 |  Designed by Luminate Marketing
Privacy Notice
Back To Top