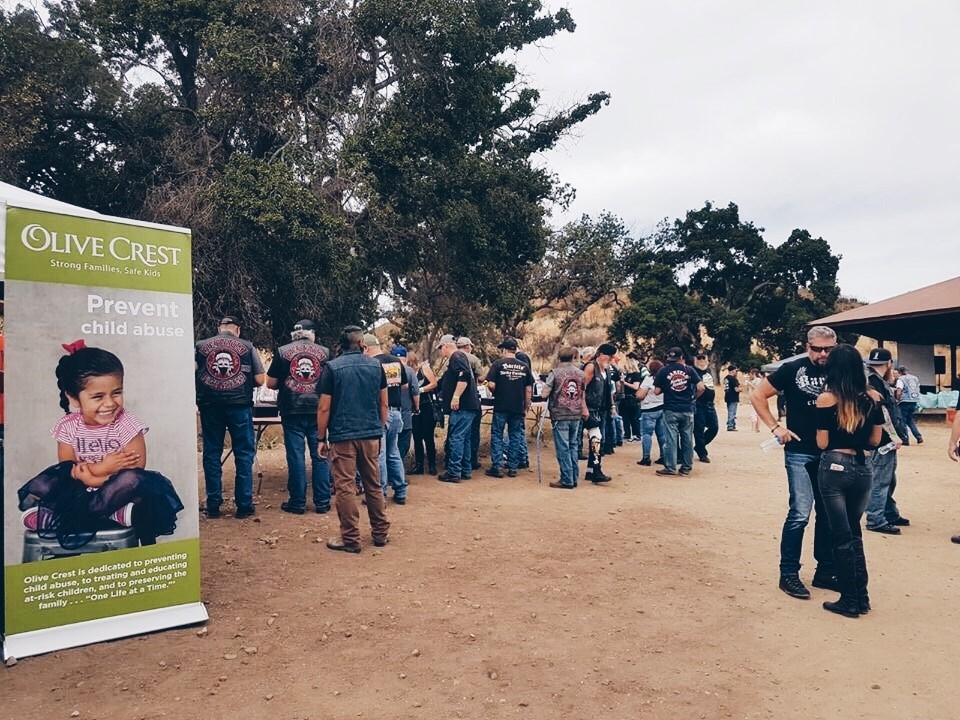 Everyone can do something to stop child abuse. What’s your something? Last month, more than 200 riders took to the streets of Los Angeles to raise awareness and funds to end child abuse in their community. And it was a powerful sight to see. (Last year, 50 riders participated.)

The police-escorted ride from Bartels’ Harley-Davidson in Marina Del Rey to Paramount Ranch raised a little over $20,000 for our 2nd Annual Ride for the Children motorcycle event. This support will go a long way to fund child abuse prevention, adoption services, and family resources through Olive Crest in Los Angeles.

Get To Know Us | Get Involved | Give